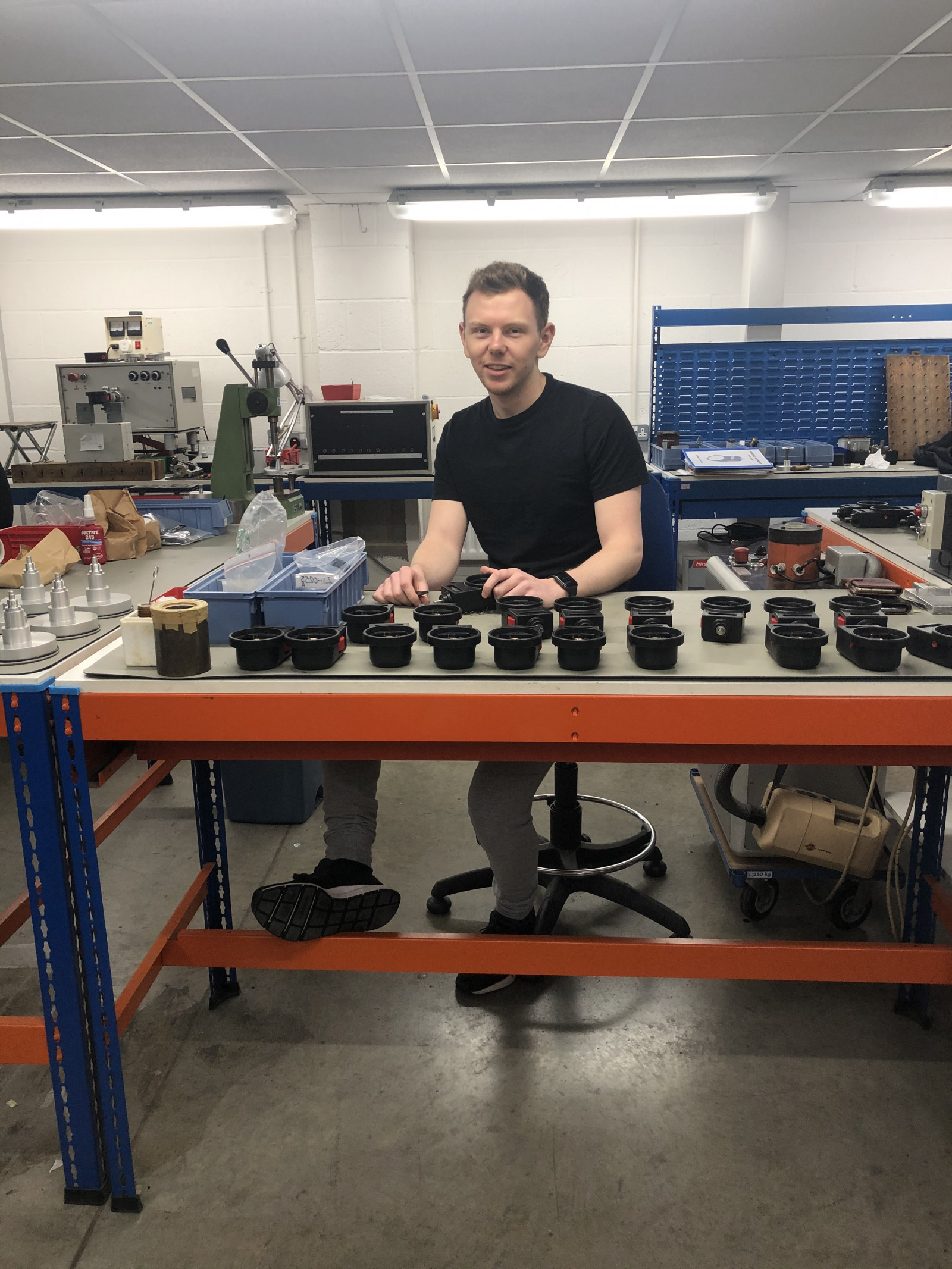 As a firm that has gone through a multitude of changes in its century-long history, Rheintacho UK have trust in their apprenticeship scheme to support in taking the company to the next step.

Rheintacho UK was originally founded as Foundrometers Instrumentation over a hundred years ago and over the years (1919) it has experienced both turbulent and exciting times.

Several ownership changes as well as various acquisitions and management buy-outs also strongly influenced the history of the company and its development. The company has been in Micklefield since 2000 and before that, it had been at several different locations in Leeds.

Based in Micklefied, Rheintacho UK today are specialists in mechanical and electrical products, such as tachometers, indicators, governors, tachogenerators, flowmeters and eddy-current tachometers.

Rheintacho UK Directors Paul Hargraves and Bill Buhler also decided to invest in ATEX technology and certification to generate additional business in completely different markets. Within the next few years, the company hope to see the need to employ further staff to be able to deal with this growing pillar of today’s business.

Decades ago, Foundrometers employed over 100 people and due to the changes in ownership and product range, this number has decreased continuously till last year. Rheintacho UK now employs 10 people, including 1 apprentice.

Lucas is a technical apprentice in his second year of training. Lucas’ apprenticeship has been developed in collaboration with fellow Made in Yorkshire member and apprenticeship provider Appris Management Limited.

In terms of the nature of work, Lucas’ training encompasses all of the necessary skills to be able to assemble devices and instruments, including the pre-assembly of components. In addition to this, Lucas is being trained in stock-keeping, bringing a multi-skilled element to this apprenticeship. Speaking on the importance of bringing apprentices into a business, company

Director Bill Buhler said: “Lucas is the first apprentice in over 40 years. And he will definitely not be the last. As Rheintacho UK gets ready to face whatever the future may bring, we will continue to serve the UK and UE market as well as customers abroad as we have for over a hundred years.”

Ultimately, Rheintacho UK hired this apprentice to help secure the future of both Rheintacho UK and the manufacturing industry as a whole.

Welcome to our microsite, please tell us your name, company and email to chat with a member of the team.